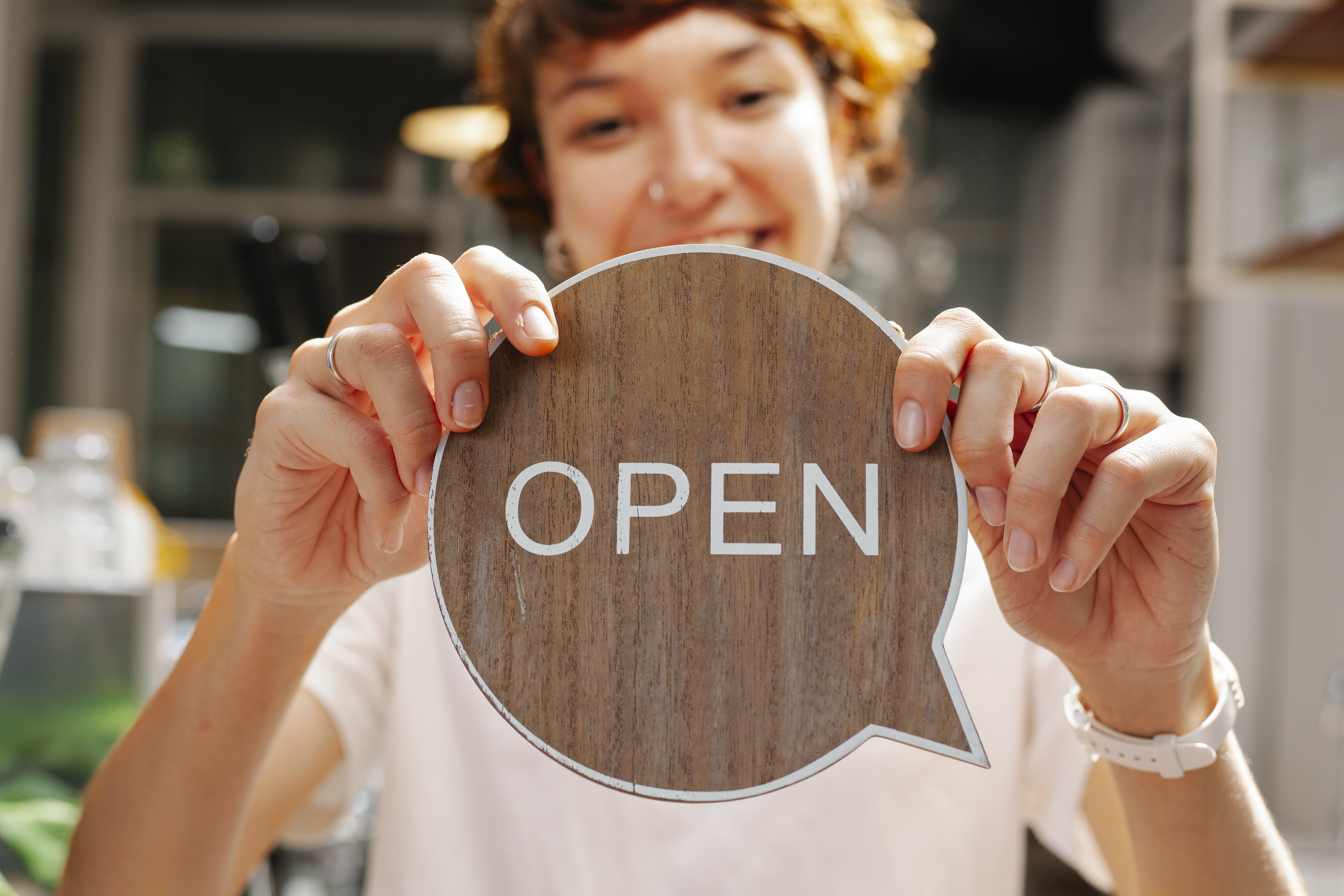 Have you seen the snow? Snow white and eternity

The other day, while studying the wonderful word of God in Revelation 1:14 (NASB95), he says, “His head and hair were white like wool, like snow, and his eyes like a flame of fire.” Today I am going to refer only to “like snow”. I immediately thought of Snow White and Eternity, hence the title. A little twist on the words, but it got me thinking. When studying the scriptures, you should always adhere to the rule of interpreting the scriptures at the time they were written to obtain the proper meanings of the ancient language. The first thing that comes to mind is the fact that it is taking place on an island called Patmos, part of Asia Minor in the Middle East. How often does it snow there? Not much, like maybe every two or five years, where there is a build-up. The exception occurs at higher elevations where it snows more frequently.

The writing only refers to a few occasions when it snowed. This crystallized substance of water and moisture-laden air cools, forming a delicate scale that only appears in the northern lands of the Bible at the highest elevations: the mountains of Lebanon, northern Syria, and Turkey. It is very rare in Jerusalem and the Transjordan area. In the NASB version, the Bible only has two references where there was snow on the ground. Psalm 68:14, “When the Almighty scattered the kings there, it was snowing in Zalmon.” In Job 24:19, “Drought and heat consume the waters of snow, and Sheol also those who have sinned.” We now know that, according to the Scriptures, it didn’t snow much.

The other verses refer to snow. In Proverbs 25:13, “Like the cold of snow in harvest time, he is a faithful messenger to those who send him, because he refreshes the souls of his masters.” Psalm 51: 7, “Purify me with hyssop, and I will be clean; wash me, and I will be whiter than snow.” Psalm 147: 16, “He gives snow like wool; He scatters frost like ash.” Psalm 148: 8, “Fire and hail, snow and clouds; a stormy wind that keeps his word.” Isaiah 1:18, “Come now, and let us reason together,” says the LORD, “Though your sins are as scarlet, they will be white as snow; though they are red as crimson, they will be as wool.” That has a lot to do with a snowflake.

Snow represented the color white as the standard for sickness in Scripture. Exodus 4: 6, “The LORD said to him further,” Now put your hand into your bosom. “Then he put his hand into her bosom, and when he pulled it out, behold, his hand was leprous like snow. Numbers 12:10,” But when the cloud had withdrawn from over the tent, behold, Miriam was leprous, as white as the snow. When Aaron turned to Miriam, behold, she was leprous. “2 Kings 5:27,” Therefore the leprosy of Naaman will stick to you and your offspring forever. “So a white leper came out of his presence Snow “.

Snow was also recognized as a seasonal event in all of these scriptures. It meant the hand of God. Job 37: 6, “For he says to snow, ‘Fall on the ground,’ And to downpour and rain, ‘Be strong.’ Job 38:22, “Have you entered the storehouses of snow, Or have you seen the deposits of hail? The snow was representative of purity, like white snow. Lamentations 4: 7,” His consecrated were purer than the snow, they were whiter than milk; they were more ruddy in body than corals, their polish was like lapis lazuli. “

From a scientific point of view, what is snow? It is a form of precipitation of crystallized water and ice, creating snowflakes that fall from the clouds. The flakes are of soft, granular material that form many sizes and shapes, but when subjected to pressure they change state and are fleeting. Snow crystals are formed from supercooled water droplets from freezing clouds, forming a unique ice network in the atmosphere that combines with other networks to create snowflakes. The ice in the flake is transparent, but the beam of light that passes through the crystalline lattices makes the light appear white depending on the angle. The location of the louvers can create amazing reflections, like the shine of a layer of fresh snow. There is much more to this and it is fascinating, but for our purposes we just need to know that this process creates unique individual structures of unlimited combinations.

I think you’re watching my drift. Sorry, I couldn’t resist. Seeing a drift of snow on the Midwestern plains while traveling in a warm and cozy car on a safe and comfortable highway is an incredible sight, especially when the sun is catching those flakes, causing the effect of thousands of bright stars as we we headed to our destination. . Incredible, unique and fleeting.

That is what I felt and visualized as I read Revelation 1:14, “His head and His hair were white like wool, like snow, and His eyes like a flame of fire.” Like snow, it is amazing, unique but not fleeting because snow represents the purity of our Lord Jesus Christ in His glorified state: the perfect God-man. In two words, “like snow”, the vision of our Lord to the apostle John shows the divine will of the plan and purpose of God the Father. It’s a rare Greek word, the noun [G5510 chiôn] which means “snow” means conversion, from one state to another. The historical Jesus who became human through the virgin birth, the Lamb of God, while on earth representing perfection, purity, the absence of sin and willingly going to the cross, bore the sins of all humanity, He dismissed His spirit, rose again, and then sat on the right hand of the Father, being the first-born, the God-man.

Christ did not resurrect himself. Christ received the resurrection of God the Father through God the Holy Spirit, who is available to us. John 10: 17-18, “That is why the Father loves me, because I give my life to take it again.” No one has taken it from me, but I give it on my own initiative. I have the authority to quit and I have the authority to take it back. This command I received from my Father. “Acts 2:24” But God raised him up, ending the agony of death, since it was impossible for him to be held in his power. “Romans 6: 4,” Therefore we were buried with him in death through baptism, so that just as Christ was raised from the dead by the glory of the Father, so we too may walk in newness of life. Ephesians 1:20, which He did in Christ, when He raised Him from the dead and seated Him at His right hand in the heavenly places. Colossians 2:12, having been buried with him in baptism, in which you were also raised with him through faith in the work. of God, who raised him from the dead. “1 Thessalonians 1:10,” and wait for his Son from heaven, whom he raised from the dead, which is Jesus, who will deliver us from the wrath to come. “1 Peter 1:21,” who through him are believers in God, who raised him from the dead and gave him glory, so that his faith and hope may be in God. “Romans 1: 4,” who cried out to the Son of God with power for the resurrection from the dead. according to the Spirit of holiness, Jesus Christ our Lord. “Romans 8:11,” But if the Spirit of Him who raised Jesus from the dead dwells in you, He who raised Christ Jesus from the dead will also give life to your mortal bodies through His indwelling Spirit in you. “1 Peter 3:18,” For Christ also died for sins once for all, the just for the unjust, so that he could bring us to God, having been dead in the flesh, but made alive in the spirit. “

Just as raindrops form from clouds at a precise temperature in a certain way, the formation of a unique crystallized snowflake between the mounds of snow gives the ability to shine the light of God’s grace. This resplendent divine love, grace, and hope is available to all who are willing to go through the conversion process simply by believing in the Lord Jesus Christ as Savior through faith alone in Christ. Ephesians 2: 8-9, “For it is by grace you have been saved through faith; and that not from yourselves, it is the gift of God; not as a result of works, so that no one can boast.” The difference between the believer in Jesus Christ and a snowflake is eternity. The believer becomes eternal in God’s plan and purpose as the snowflake melts. The decision is his, as John 3: 15-16 says, “so that everyone who believes may have eternal life in him. For God loved the world so much that he gave his only begotten Son, so that everyone who believes in him , do not lose yourself, but have eternal life “. White as snow is the eternal nature of God through the finished work of Christ on the cross.